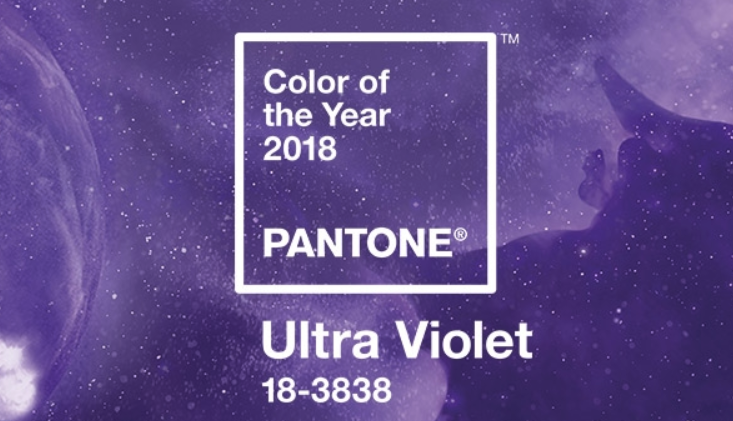 We explain why this year’s Colour, isn’t all purple prose 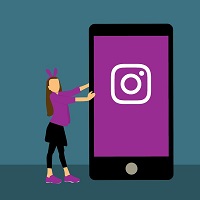 There’s a New Colour in Town

It’s official, purple is ‘the’ colour of 2018! Not just any purple (there’s more than one?), this year’s purple is what the folks at Pantone are describing as Ultra Violet. So why does this matter? Well, firstly the trend forecast is based on a plethora of data collected from across the globe, including products and services and consumer spending. Secondly, Pantone Colour Institute is an industry leader for brand identity, put simply – their informed and soundly calculated forecasts are adopted and worked into many company brands and design strategies. So you can expect as many new adopters moving forward using this colour as there are existing ones already incorporating Ultra Violet into their business. 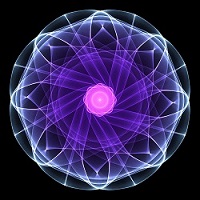 Ultra Violet 18-3838 suggests (according to Pantone): “the mysteries of the cosmos, the intrigue of what lies ahead, and the discoveries beyond where we are now… symbolic of what is possible and continues to inspire the desire to pursue a world beyond our own.”

This emotional understanding of colour and its effect on us, is one of Pantone’s greatest assets, being able to advise brands of the strengths of connecting with their customers and getting their message out to their audiences. But why a purple, what is it about this type of colour which strikes a connection with people? Well to understand this, we have to take a look back to its beginnings to see how it has informed our opinions and taken on the qualities we have imbued it with. 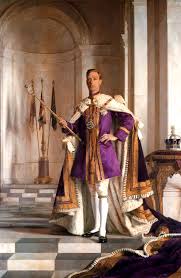 Purple has a rich history

In Europe, it was predominantly reserved for royal members and noblemen. The colour’s elitist association was in no small part, due to its extremely limited availability. The dye could only be extracted from a specific mollusc known to live in the Tyre region of the Mediterranean, an area which is now, present-day Lebanon.

The process of transforming these tiny crustaceans into the purple dye was laborious and hugely inefficient taking around 9000 molluscs to create 1 gram of Tyrian purple! This meant that effectively only rulers could afford the outlandish costs. By token, this extremely expensive colour was highly sought-after among those able to procure it, which reinforced the hue as an enduring sign of royalty, popular across many empires over the ages.

So popular in fact, that the British monarchy, during the Elizabethan period, ensured that purple could only be worn by nobility. As subjects were required to adhere to Sumptuary Laws which restricted the consumption and display of extravagance or luxury and ensured that people dressed according to their class.

In fact, it wasn’t until the 19th Century English chemist William Henry Perkin stumbled upon a synthetic purple compound while trying to synthesise a cure for malaria, that the colour was able to reach a wider market.

As a nod to the dye’s organic origin and as a means to create a savvy business tie-in, Perkin manufactured his patented dye under the names of both Aniline and Tyrian Purple. 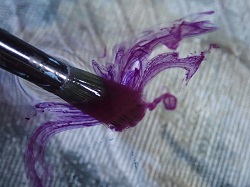 It’s true! Purple can be made by mixing the colours blue and red. The widely positive effect purple has on people can be seen as the sum total of the best attributes of combining these aforementioned primary colours.

On an emotive level, blue is linked with evoking a sense of calm and clarity while red is a symbol of life, energy, fire and passion.

It is no surprise that purple at its best inspires creativity, combining the clarity of blue and the energy of red. 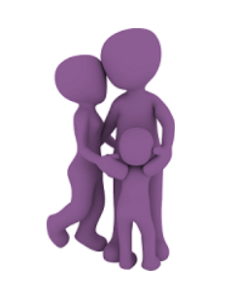 But what you may not know is that purple is one of the most openly appreciated colours. Unlike many primary colours, it is perceived as the least gender specific. This may be one of the reasons that young children positively identify with it the most.

But what you may not know is that purple is one of the most openly appreciated colours.

Unlike many primary colours, it is perceived as the least gender specific. This may be one of the reasons that young children positively identify with it the most.  A fact which is perhaps surprising as, speaking of perception, purple shares a very narrow frequency.

The red used to create purple not only instils the colour with energy. Apart from passion, red is often linked to war. Purple is often used to symbolise where blood has been spilt or sacrificed.

Even today in the UK, the Victoria Cross – the highest medal of honour bears a crimson ribbon, (crimson being a red that leans heavily towards the purple side of the colour spectrum).

In the US the Purple Heart is given to those service personnel wounded or killed while serving their country.

Beyond remembering the fallen, purple’s uniqueness and scarcity in nature have seen many cultures place a sacred value on it. With many religions using it to signify important spiritual transgressions.

In Catholicism, it represents personal sacrifices made during Advent, in Judaism the glorification of God.

In Eastern religions, such as Hinduism & Buddhism, it signifies at oneness with God and purity and rebirth respectively. 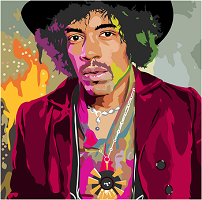 To summarise, purple has roots in royalty, communicates a sense of universal appeal among children, widely celebrated in many religions, used as a symbol of remembrance and imbues those who come see it with a greater sense of creativity.

In pop-culture, it has been applied to create a sense of individuality and is most famously associated to the material and look of important artists such as Prince, Jimi Hendrix and David Bowie – all of whom have themselves exerted an influence far beyond the reaches of their music, inspiring art, film and fashion.

You’ve no doubt noticed a host of brands use purple, working these into their logo but you may not have made the connection as to why here’s a quick break down of some of the major players and why they champion purple:

Monster uses the non-discriminating side and equality of purple to welcome all employers and potential employees onto the same platform.

Twitch the video streaming broadcasting service and internet browser Yahoo! use the notion of purple’s ability to communicate a sense of value to a wide audience.

FedEx uses purple’s association with honour to evoke a sense of trust for its client base.

Premier Inn opts for purple so its customers will make the connection that the services it offers are trustworthy and provide good value, regardless of their competitive pricing.

Hallmark and Asprey both use purple’s regal connection (Asprey are still in possession of a Royal Warrant) as a means to articulate a sense of luxury while emphasising their own long-standing business histories. In addition, they opt to include regal symbols to further stress this.

We’re really excited to welcome Ultra Violet into 2018 and we can’t wait to see how brands will incorporate this unique pigment into their marketing strategies.