We are honoured to be joined by Melissa O’Gorman and Jonny Birkin – who have kindly agreed to explain how their marketing efforts, under extraordinary conditions, enabled them to achieve their goal and lead to the capture and arrest of a predatory, serial sex criminal. 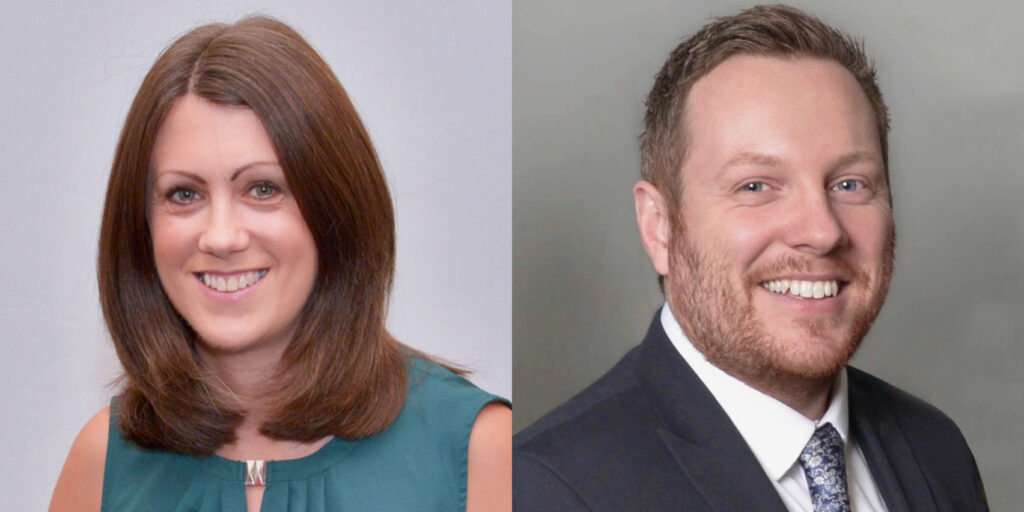 A warm welcome to you both. If I may start by asking how difficult or challenging was this campaign, in terms of getting the balance right – between informing the public, making them aware of the danger and appealing for helpful leads while not causing panic with the facts and details of the attacks?

We were aware that there was a very fine line between appealing for public help and terrifying people. It wasn’t a decision we took lightly and it was discussed at a gold group meeting; which consisted of myself, an assistant chief constable and other senior officers, the detective leading the investigation and the National Crime Agency staff who were supporting us. We knew there was a real chance we would frighten people but we needed to get the appeal out and importantly, we needed to warn women that this man was at large. We tempered it by giving out hundreds of free attack alarms and keeping the public up-to-date with the progress of the investigation.

The public feedback we had was that the subsequent Catching a Criminal series did a lot to allay the fears we had generated during the campaign. 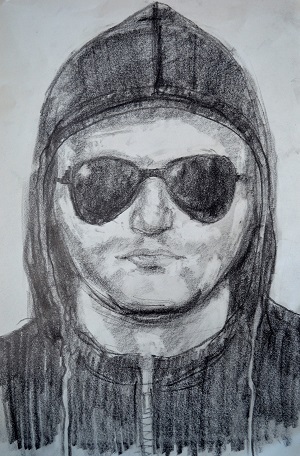 The campaign was a huge and instant success,Derbyshire Police had their man within 5 hours of your campaign going live – what do you think was the main success factor in the campaign?

One of my campaign objectives was total community saturation. I wanted the artist’s impression to be everywhere on the morning of the campaign launch and it really was. It was on the front page of the city’s daily paper, being shared thousands of times on social media and it was impossible to turn on local TV news without seeing the image. All local radio stations ran the appeal too. Combined with the distribution of 40,000 leaflets, the picture was all over the city. This, of course, was only part of the success.

The campaign messages aimed to instil confidence in the public that information would be taken in confidence and that we were able to eliminate people if they were not the man we wanted. The person who came forward with Ilijah High’s name had seen one of the leaflets and the picture on the front of the paper and the more they looked at it, the more they felt it looked like Ilijah and they approached a patrolling PCSO to pass on the name.

How challenging was it to figure out the best method of co-ordinating the press and ensuring pin-point planning, in terms of execution?

The most challenging part of this was the tight timescale. We had less than a week to arrange the production, print and distribution of leaflets, create an impactful video and brief the media and our own staff. There were several versions of the leaflet to ensure the wording was just right. We also had to consider how we would distribute them, pulling in volunteers and officers from across the county. It was vital to have a senior officer free for the best part of a day so they could do interviews and we needed the media to agree to the embargo so all outlets ran it on the same day.

Fortunately for me, the whole team galvanised and dropped other work to support me. The digital team co-ordinated Facebook live broadcasting, design and print ran made it their sole focus and Superintendent Tracy Harrison was appointed as the spokesperson to keep the busy investigation team away from the spotlight. She cleared her diary and did any interview that we asked. We thankfully have a good relationship with our local media and they accepted the embargo with ease. Needless to say, it was a long week in the office.

In today’s digital climate, were you surprised that the leading information came from a member of the public responding to the information that had been broadcast using traditional media (radio, newspaper and printed leaflets)?

Every day, we receive responses from the public to our appeals on social media and it’s become integral to solving crime so in a way, it was a surprise that the information that solved this case came from a member of the public who had received a leaflet and seen the artist’s impression in the local paper. It just shows the importance of including more ‘traditional’ methods of communication when planning a campaign.

You chose to use video, specifically the interview of one of the offender’s earlier victims to help spearhead the campaign and provide/evoke an emotional response. How effective do you think the role of video is in general for campaigns and how much of a role do you believe it played in this specific instance?

Video can be the essential tool in getting an appeal in front of the people you want to see it. Particularly with social media, having video content as the anchor for an appeal post draws attention to it, and is digested much more readily by the audience than plain text. In this campaign, it was the only way we could be sure that the renewed appeal for information on an attack 12 months before would reach our target audience online. It brought the attention back to the manhunt and gave us an audience for when we triggered a massive relaunch a few months later.

Your campaign reads as a very effective mix of high-tech (social media, video etc.) and low-tech methods (people power, person-to-person leaflet distribution and face-to-face public engagement etc.). Do you think this hybrid approach represents the best fusion of different media outlets – or if time and budget were not so restricted, would you have chosen a different method?

It really depends on the campaign, your topic and who you’re trying to reach. There can’t be a ‘one-size-fits-all’ approach. We are currently replicating the Operation Tatin campaign following a similar crime because we wanted to recreate the community saturation. However, we chose a video-only approach to December’s drink-drive campaign because as an annual operation, it had turned stale.

The video produced in-house for £11 saw national media coverage and was played at Pride Park Stadium, before a Derby County home game. It had a reach of more than 530,000 on Facebook and attracted more than 6,500 comments. In terms of Operation Tatin, had I access to a budget at the time then that would probably have gone on boosting social media posts but as we know, it was a simple leaflet that cracked it. 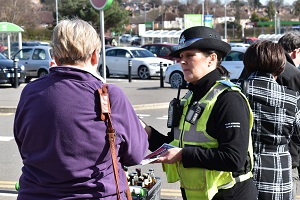 Your new mini-documentary series, ‘Catching a Criminal’ debuted with this case and took the form of 6 episodes and broadcast exclusively across your website, Twitter and YouTube accounts. What drove you to take this path/route?

Catching a Criminal was a new venture for us and, as a documentary produced in-house by us, it was also a first for police forces in the UK. There were so many examples of excellent policing work in this case that we were afraid would be lost in the traditional media coverage it garnered at court. Ilija High’s crimes had a lasting impact on the communities of Derby, too, and we wanted to show how much effort went into catching him as a way of reassuring the public.

We had enjoyed success with video content previously, and so we decided to produce the series for our online audiences. It meant we had full editorial control of the message, so we knew the key points we wanted to make would not be misinterpreted by a reporter or external documentary maker. It also allowed us to take advantage of the direct lines we had with the public through Facebook and Twitter – 68,000 and 83,000 respectively at the time.

With regards to video content, have you distributed through other channels besides social media and across your website, (if not—would this something you would consider doing in the future)?

We focus on catering to our online audience through our own channels first, rather than through the traditional media. However we do also send everything we produce to the media, and Catching a Criminal was no exception. As it was a first for police forces, we attracted national media coverage for the first episode of the series. We also sent links to each episode as they aired at 8 pm each night, so the media could use them on their own channels once they had been published by us.

Lastly, are there any recent advances in technology which you are interested in adopting for future campaigns, e.g. Virtual Reality, 360 Video?

It would depend entirely on the cost and the campaign itself. If cost could be justified and the application of those technologies would be right, then we would definitely be interested. But it is entirely dependent on those factors.